Home
Uncategorized
Other Ways to Say SO: List of 20+ Synonyms for SO in English with Useful Examples

So Synonym! What is another word for so? A helpful list of 20+ synonyms for so with example sentences and ESL infographics. Learning these so synonyms to strengthen your vocabulary words and improve your English writing skill.

“So” is a conclusion transition word in English. Following is a list of synonyms for so in English.

Another Word for So | Infographic 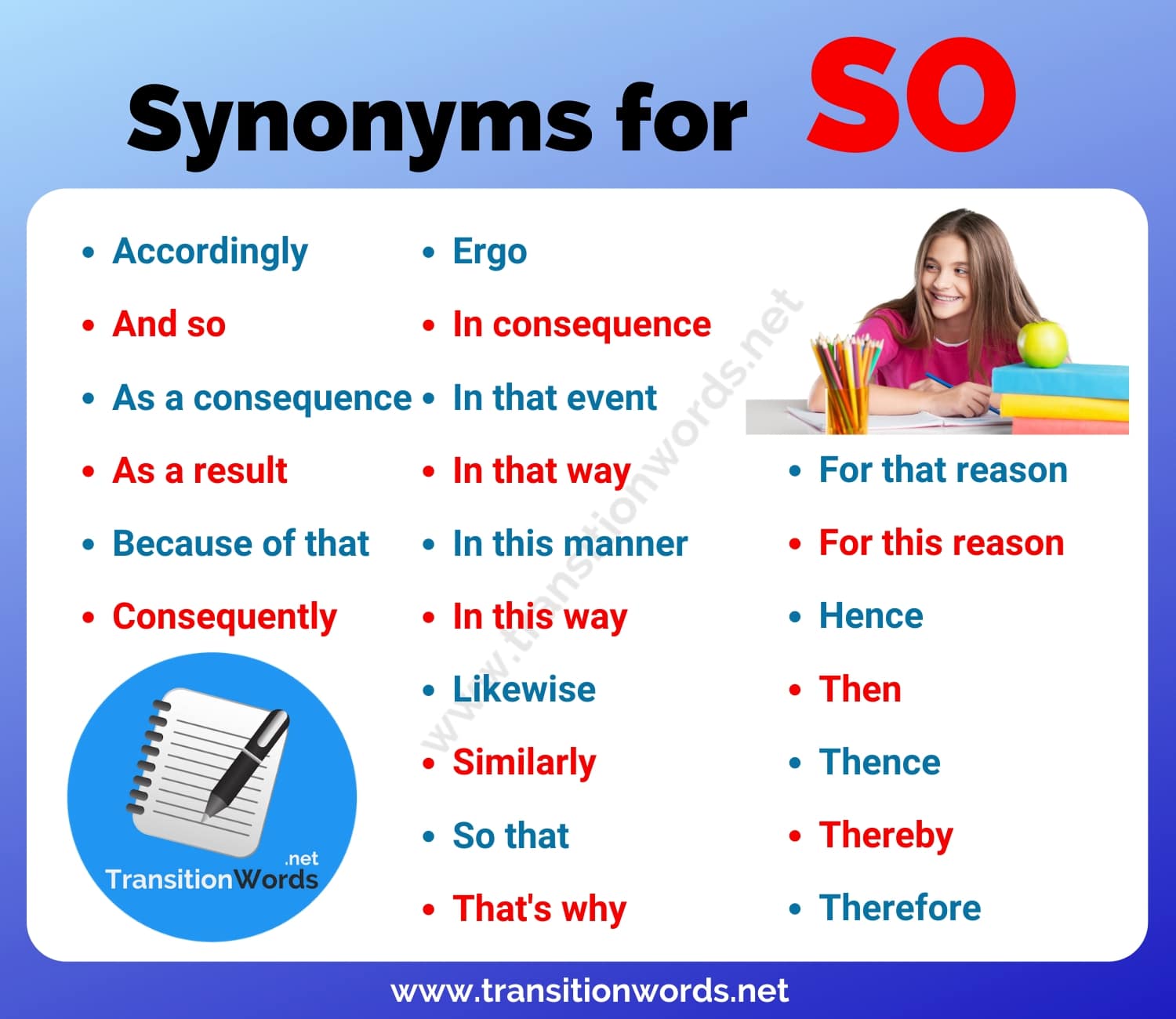 Other Ways to Say So

Other Ways to Say So with Examples

Learn another word for so with example sentences.

The cost of materials rose sharply last year. Accordingly, we were forced to increase our prices.

The little girl has never seen him before and so she keeps the stranger out.

Because of that, the delivery time might be delayed.

Consequently, this view is frequently referred to as mathematical Platonism.

Ergo, RESPONSIBILITY is more important than anything else!

For that reason, it could not take its rightful place in my heart.

I am ashamed of it myself,  for this reason, I stoop to beg your pardon.

Peter’s leaving at the end of this week – hence his anxiety to get his work finished.

She was over the age limit and, in consequence, her application was rejected.

There’s a possibility of my flight being delayed. In that event, I’ll phone to let you know.

In that way, he ensures a total identity with profit.

In this manner, it continues the adjustment process begun before the parade in the canteen.

In this way, they can better apply theory to practice.

Likewise, close friendships sometimes alter when one friend retires – and not the other.

Similarly, lawyers parcel out work based on who does that best.

The sink shelf is grooved so that the water will runoff.

Everybody will make mistakes, that’s why they put erasers on the end of pencils.

When Greek meets Greek, then comes the tug of war.

He was promoted to manager, thence to a partnership in the firm.

Our bodies can sweat, thereby losing heat by evaporation.

We do not have enough money. Therefore we cannot afford to buy a new car.

Other Ways to Say So with Examples | Infographic 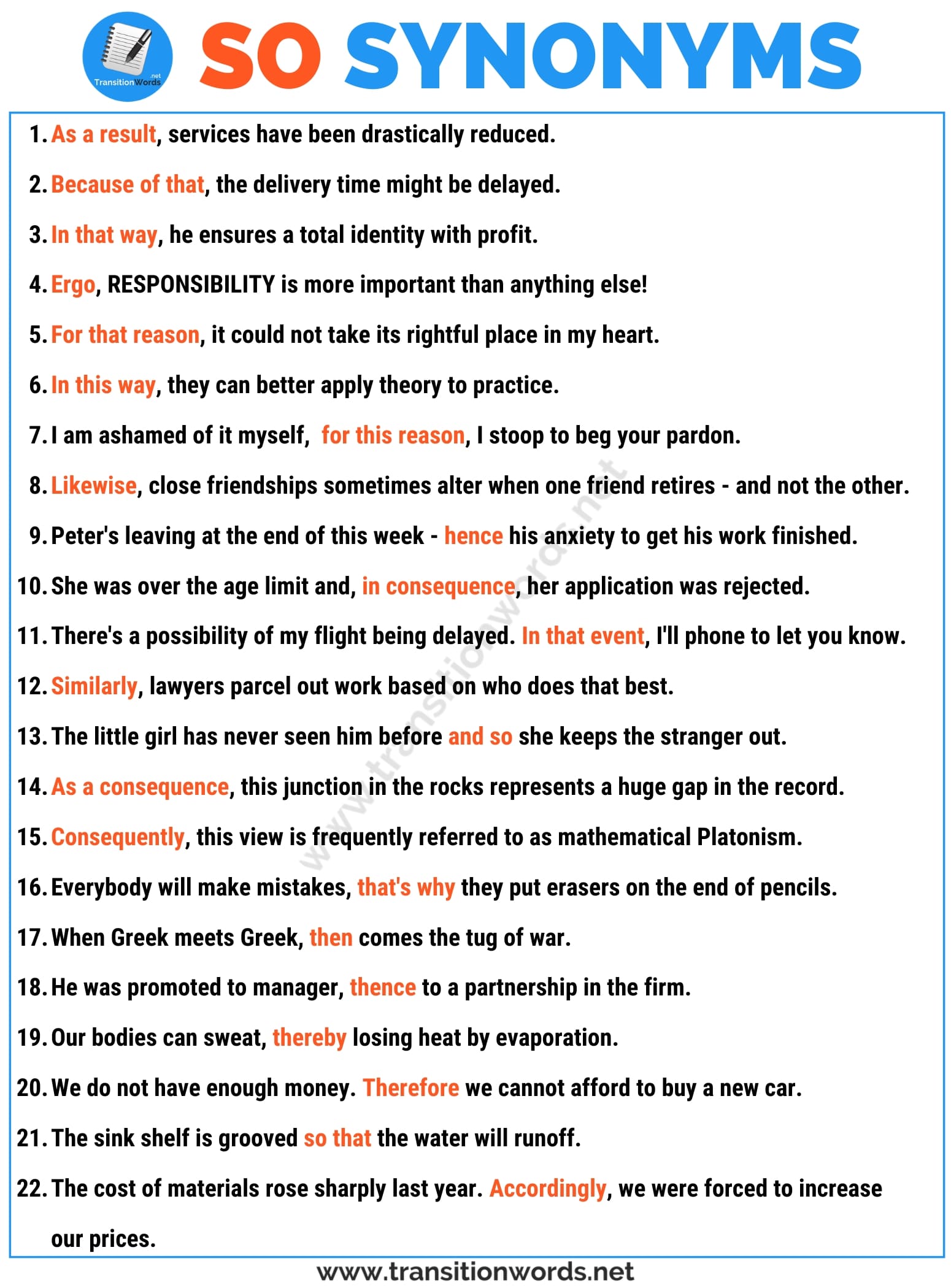