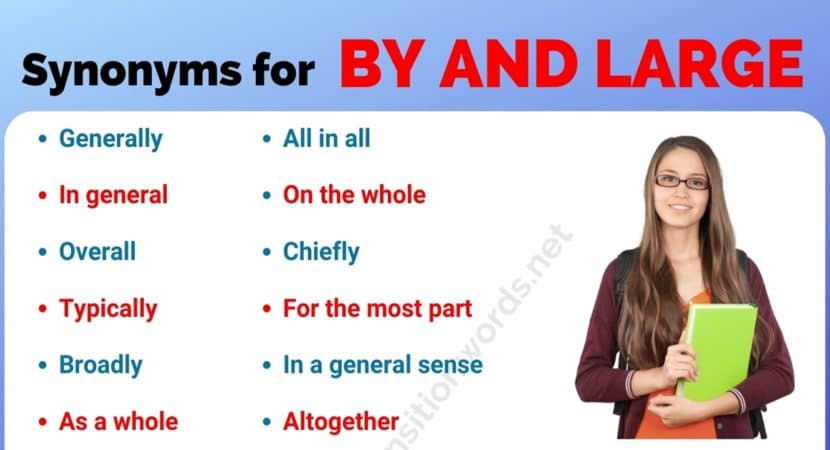 By and Large Synonym

“By and large” is a conclusion transition word in English. Learn a useful list of synonyms for all in all in English.

Another word for By and large | Infographic 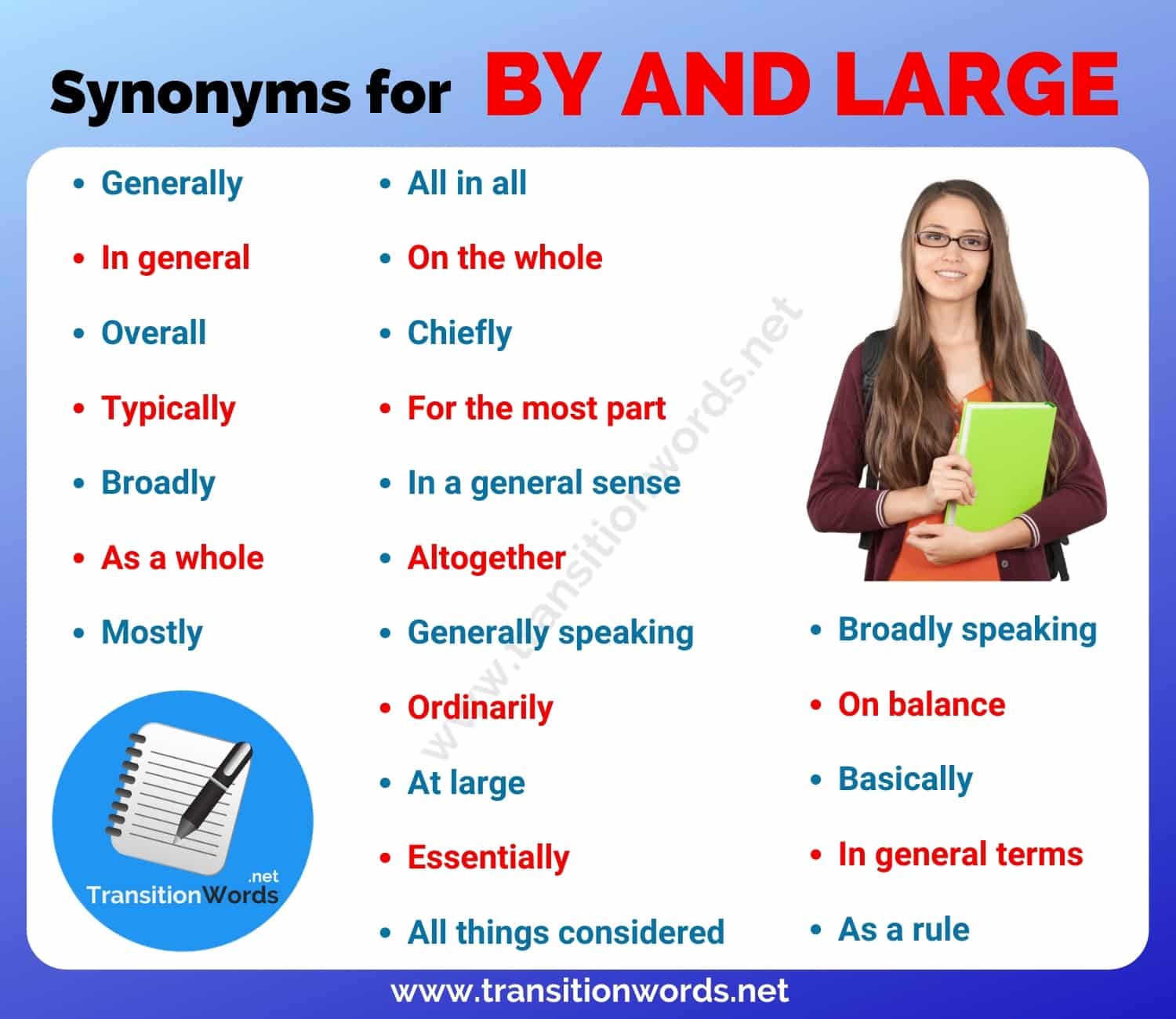 Other Words for By and large

Other Words for By and large with Examples

Learn another word for by and large with example sentences.

Generally, a book has an introduction.

In general, a plain carpet makes a room look bigger.

Typically, she had forgotten her keys again.

Broadly, it makes connections between ideas about healing and how they link to plants.

Mostly, they fight about paying bills.

All in all, I think you’ve done very well.

On the whole, the public is conservative about education.

Chiefly, I ask you to remember to write to your elderly mother.

For the most part, he left the books to his managers and accountants.

In a general sense, this is probably always true but it need not be true in a detailed sense.

Ordinarily, he didn’t like to go to the movies.

All things considered, I’m sure we made the right decision.

On balance, the company has had a successful year.

Basically, the article can be summarized in three sentences.

In general terms, notions of selfhood came under review.

As a rule, I don’t go to the office on Saturday morning.

Other Words for By and large with Examples | Infographic 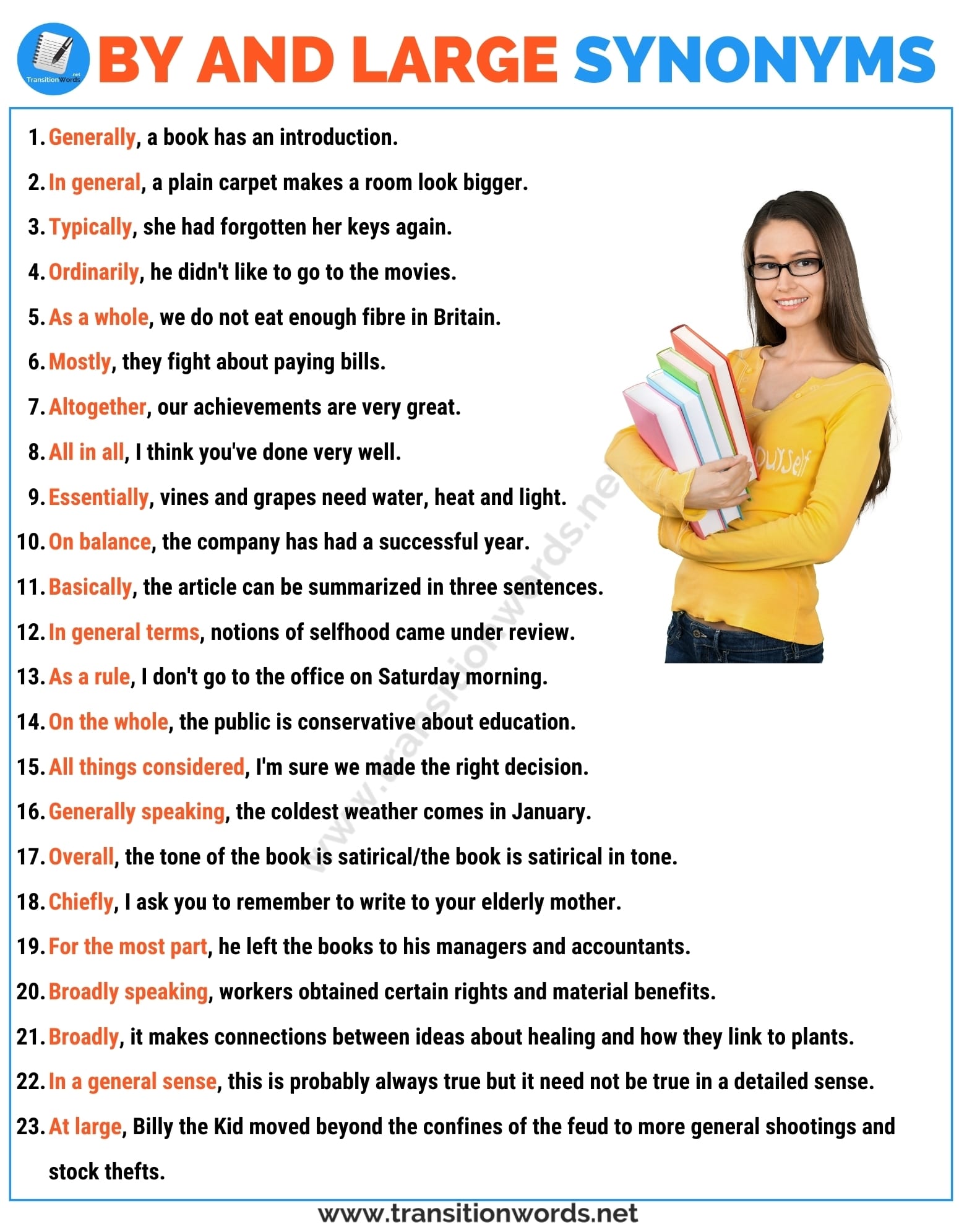